Two new casinos were added into the already very competitive New England gambling market. As a result, casinos are struggling to hit their revenue goals. There are just too many casinos sharing the same market.

The New England gambling market had two new casinos between August 2018 and June 2019. MGM Springfield opened a year ago. Then in June, Encore Boston Harbor opened in Everett, Massachusetts. 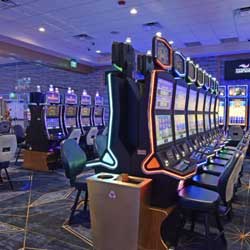 In its first year of operations, MGM Springfield earned 61 percent of its estimated revenue when the firm proposed the project in 2010. Bookie software solutions analysts said that the casino underestimated people’s loyalty to Foxwood Resort and Mohegan Sun Casino.

Also, Mohegan Sun and Foxwoods are more convenient to go to. Gamblers frequent places that are most convenient for them. That’s why MGM Springfield failed to attract customers away from the casinos in Connecticut.

However, pay per head reports showed revenues from the Connecticut casinos also took a dive. Slots in Mohegan Sun earned $567 million in the state budget year ending on June 30. It was six percent lower than the previous year. In addition, slot revenue of Foxwood dropped seven percent to $443 million.

The drop in revenue in existing casinos means that they are taking business from each other. However, the two tribal casinos’ revenue has been falling even before MGM Springfield opened last year.

Do you want to know how to become a bookie in New England? Well, you might as well look for another market. It is hard to compete against established casinos offering sports betting in the region.