Blackjack is one of the most popular card games in casinos. Whether it is online or land-based, it is undoubtedly a crowd favorite. The game is often called 21, as players will try to ger a hand total that is equal to 21. If you want to know about the basic rules, here is how to play online blackjack.

How to Play Online Blackjack: The Basics 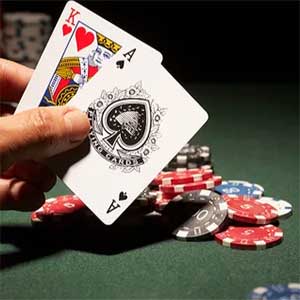 In the game of blackjack, the player is playing against the dealer. The game aims to have a hand higher than in the value of the dealer’s hand. That is, without “busting” or going over 21. Equal hands are pushed, and you can get your bet back to no-win.

Blackjack begins with the players placing a bet on the player’s designated bet box on the table. The dealer then will deal with all participating players with two cards, both facing up. Also, the dealer will deal himself with 2 cards, but with one card facing down.

The game may be dealt from a single deck through an eight-deck shoe depending on where the player is playing.

How To Play Online Blackjack: Basic Rules and Payouts

According to sources of online casino games, the hand values are equal to the sum of cards held.

After the initial deal of 2 cards to all players and the dealer, each player will play his hand in turn. Also, players have the option to receive an additional card. If a card is drawn that takes the hand total more than 21, the player hand busts and will lost its bet.

Once the players have completed, the dealer turns over the face-down card. The dealer can draw additional cards depending on its house rules. Either one of the two below are the most common house rules:

According to the casino forum, the dealer rule is quite a vital rule distinction that has house edge implications.

To get a Blackjack, the player first hand must total to 21. The payout varies from different casinos, but usually, it is a 3:2 payout on blackjack. It is as long as the dealer does not have blackjack on hand.

Following the initial deal, players are given the option of drawing additional cards to reach the best possible hand. Here are the options that a player has:

The house rules may vary depending on the house. Also, this applies to live dealer casino games. However, here are some key points of differentiation: