Paradise City closed for three days from September 1 after a member of the restaurant staff tested positive for the virus. However, the cluster grew to at least six employees, including two casino staff members.

The casino resort decided to close the entire facility to ensure the safety and health of employees, local communities, and customers. The resort will remain closed until September 9. However, the casino will stay shut down indefinitely. 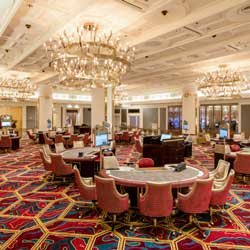 The casino resort management is doing its best to prevent the spread of the coronavirus infection. They expanded the scope of its disinfection and inspection, according to online casino reviews and news sites. Also, they consulted with quarantine authorities to ensure they are following the proper quarantine procedures for employees who were in contact with the infected individuals.

Most gamblers prefer playing games in online casino sites. That way, they don’t need to go out and visit casinos to avoid getting sick from the coronavirus. Thus, the company reported a 68.1 percent decline in its revenue for the second quarter of the year.

In August, Paradise Co. reported casino revenue of $14.6 million. It was down 75 percent year-over-year. However, it was flat when compared to July. Table games were identical to July numbers at $13 million. However, slot machines dropped 3.3 percent to $1.6 million.

Play casino games with VOBET, the best online casino in the world!