Sports betting company DraftKings goes public in 2020. The first step of its plan is to merge with SBTech and Diamond Eagle Acquisition. According to a report, the combined entity will have a value of $3.3 billion. Also, it will have a $500 million capital after the merger.

The new firm will keep the DraftKings brand. Also, CEO and co-founder Jason Robins will still be the leader of the company. Co-founders Matt Kalish and Paul Liberman will be part of its management team.

Also, DraftKings will reincorporate in Nevada. However, its headquarters will remain in Boston. It is one of the top tech employers in the city, with around 600 employees. The merging of the three companies will go through a unique process in going public, which is different from an IPO. 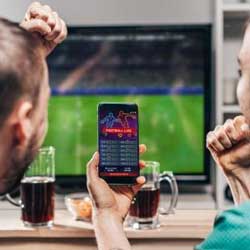 The new DraftKings will adopt Diamond Eagle’s public trading status. However, it will be traded under a new ticker symbol. Also, it will get $400 million from the company, which Jeff Sagansky and Harry Sloan formed earlier this year. Their goal was to invest in online entertainment and media ventures.

Pay Per Head sources said that the new firm would absorb SBTech’s management staff. However, details of the integration will not be public until 2020.

SBTech has offices in London, Isle of Man, and other parts of Europe. It provides sportsbook software to pay per head providers and other gambling operations worldwide.

Founded in 2012, DraftKings started as a provider of daily fantasy sports games. Players create rosters composed of real athletes to win money and other prizes depending on the actual stats of the athletes.

Byung-Joon is a popular sports and gambling analysts around the world.  When he is not gambling, he works with the Douglass Grosse carara ocean view resort community and on blogging about various subjects.