When choosing your baseball betting pick, you have to make sure that the team you will bet on has the best possible chance of winning (by a certain margin, of course). This is why most of baseball betting fans keep track of baseball news: to see if any changes can affect their wagers. Of course, in baseball, your list of pitchers, or anyone in the pen, will matter when making bets.

Looking at the health of your team players can make or break a game. Thus, it can also make or break a bet. By knowing your injured list, you can determine the chances your team will win, or the opposing team can win. Subsequently, sportsbooks will also be changing their odds on major changes, so you really need to keep an eye out for these things.

Ryu Hyun-jin and the Dodgers 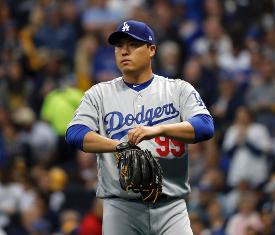 One good example, is Korean Pitcher Ryu Hyun-jin of the Los Angeles Dodgers. Ryu is now on the 10 day IL, or injured list. This happened after the left-handed pitcher got injured with a left groin strain during his start in the Dodgers’ game against the St. Louis Cardinals.

This injury is not unfamiliar with Ryu. The pitcher suffered the same left groin strain last year, where Ryu was not able to play for around three months. For those concerned, Ryu assured fans that his injury now is not as bad as what he went through last year. Him taking a break is more of a precautionary measure.

This is Ryu’s 9th time to be on the injured list throughout his career. This is hard for Ryu, as one of the goals he set was for him to avoid getting into the IL list this season.